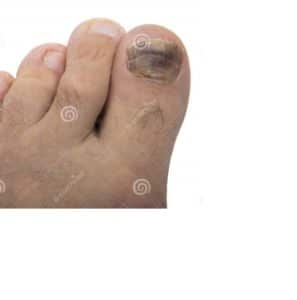 Melanoma is a form of skin cancer that can show up in odd places.

The most common form of skin cancer is melanoma. According to AARP (2022) there are approximately 100,000 Americans diagnosed each year with melanoma;

and it’s commonly found in older adults whose risk factors include, years of exposure to the sun and those with weakened immune systems. This form of cancer is very dangerous because it can be deadly. However, it can be cured if caught early!!!

What Should You Look For?

The classic signs of melanoma are moles that do not have defined borders and look unequal or irregular from the rest. It is important to know the ABCDE’s of moles:

Keep this acronym handy so you can refer to it to help you recognize any potential skin cancers.

A Few Other Warning Signs

If an individual has a bunch of moles, they are at a higher risk for melanoma. Pay attention to the mole (or moles) that stand out: the ones that are shaped funny, are darker than the others, or the ones that looked like it changed from the last time you remember. This is referred to as the Ugly Duckling.

Not all skin cancers are caused by exposure to the sun and they can develop in any area of the body (i.e. soles of feet or palms of hand).  A dark streak under the toenail or fingernail warrants further investigation.

Famous raggae Jamaican singer, Bob Marley mistaken a dark spot on his toe as something he got playing soccer and it went undiagnosed. But he was finally diagnosed in 1977 with acial lentiginous melanoma (which had spread through his body) and he died in 1981. A dark streak or spot under the nailbed should grow out with the nail as the nail grows.

A gray-haired person who suddenly develops a black streak could be from a melanoma on the scalp. Although not common, it can happen.

These strange occurrences are more common in darker skin people, along with dark spots in the mouth or eye.

Melanomas can come in an array of colors although most are dark brown. If the melanoma looks red, it’s because the body is attacking it because the body sees it an a foreigner. It can look like a rash, but a rash that does not respond to creams or ointments that would normally get rid of it. There can be a lack of color where in this case, the pigmentation is completely or partially loss.

ο  Melanoma in black people will often appear in area that get little sun exposure (palm of hands or soles of feet, under toenails).

ο  Skin cancers are less common in black people, which is why black patients may not receive a thorough skin assessment during their doctor’s visit.

What You Can Do?

1 thought on “The Other Warning Signs of Melanoma”